30th September 2008 – Continuation of my Ipoh trip is the trip to Cameron Highland. Cameron Highland is one of the place in which I never been to as well. A lot has voiced out that it’s a boring place to be, some says it’s a awesome and yeah, I got to check the place out since I heard of many different views and comments about the place. Hence, this would be a camping trip since I had not actually plan this early and to place a booking at the hotel would be quite difficult in the final minutes.

From Simpang Pulai to Cameron Highland, Cactus Point. The journey took almost an hour plus. To be frank, I don’t really know what to expect of Cameron Highland except for cold breeze and Boh Plantation. I wasn’t expecting that there’s a lot of floral plantation, tea house, and etc by the road side instead of just the top of the mountain. If I were to stop and poke my nose on everything I see, I believe it would take me at least 2 days to check them out. However, that’s not my real motive of the trip as I had no expectation in the first place.

The place becoming more commercialized as Starbucks and other franchise outlet started to sprout like mushrooms. Anyway, we did stop on several areas by the roadside and there isn’t much good image composition I can share out here as it’s been a very misty weather. The first place to I started my shooting spree is at Cactus Point. There’s nothing but flowers here, and I had my lunch here too. [ march of the cactuses ] 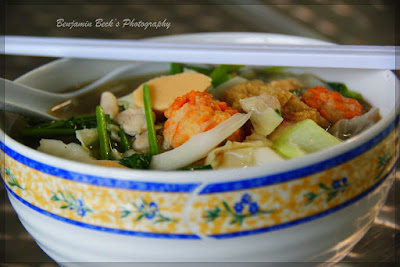 After having our lunch, we head directly to the camp site and set up our camp there. It was quite scary as there isn’t much camper there except for one Malay family there setting up their camp just at the camp gate entrance. Complete setting up our camp, we went for the evening market and bought some corns and other munchies to fill our stomach, and head back to camp site. 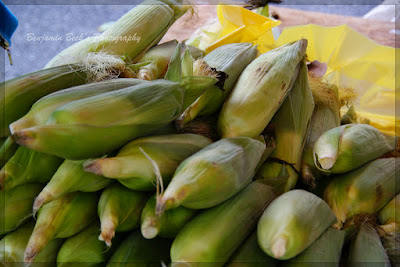 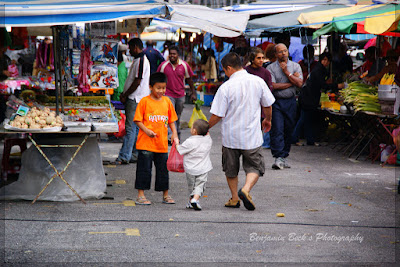 [ night market at Brinchang (i think) ] 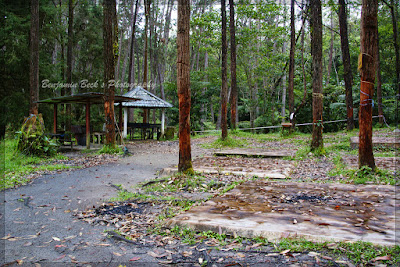 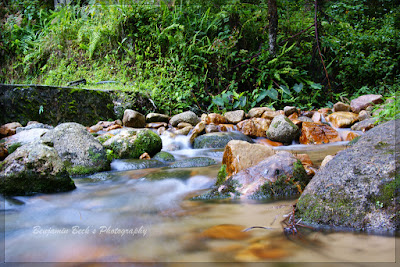 [ small stream by the camp site ] 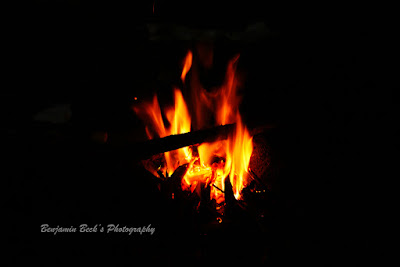 1st October 2008 – End of camping session and boy oh boy, I have to admit… camping in such a small group can be really boring! The next time when I camp, I will have to make sure the group is big enough for night event other than playing cards!

Leaving Cameron Highland, there’s not much picture to take within the vicinity except to stop by the road side again to snap some shots. Also, below there’s Lata Iskandar Waterfall in which it’s a letdown as the waterfall isn’t as amazing as Lata Kinjang Waterfall. That ends the Cameron Highland journey, and the final destination of this whole trip is the Sg. Klah Hot Spring.

[ see the original post at bowdacious-b.blogspot.com for better viewing experience ]